The Sacred Cat of Burma 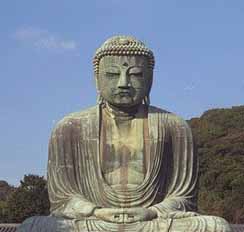 In a temple built on the sides of Mount Lugh, lived in prayer the very holy Kittah Mun-Ha, great Lama, holy of holies, the one of which the God, Song Hio himself, has braided his golden beard.

Not a minute, not a glance, not a thought of his life was not dedicated to the adoration, contemplation, and holy service of Tsun Kyan-Kse, the Goddess with the sapphire eyes, the one who presided over the transmigration of souls, the one who permits the Kittahs to live again in a holy animal for the duration of its animal existence, before taking again a haloed body with the full and holy perfection of the great priests.

Near him was meditating Sinh, his dear oracle, an all white cat whose eyes were yellow, yellow from the reflection of the golden whiskers of his master and from the golden body of the Goddess with the heavenly eyes...Sinh, the cat to advise, whose ears, nose, tail and extremities of his legs were dark like the colour of the earth, mark of the stain and impurity of all that touches or can touch the ground.

Now, one night, as the malevolent moon had permitted the murdering Phoums who came from hated Siam, to draw near the sacred palace, the Grand Priest Mun-Ha gently entered death, having at his side his divine cat, and under his eyes the despair of all his overwhelmed Kittahs...It was then that the miracle came about- the only miracle of immediate transmigration: in a bound, Sinh was on the golden throne and sat on the head of his sagged master. He leaned on that aged head which, for the first time, was no longer looking at its Goddess. As he sat stiffened before the eternal statue, one saw the bristly hair of his white spine become sudden golden yellow. His eyes became blue, large and deep as the eyes of the goddess. As he was gently turning his head to the south door, his four paws which were touching the old skull became a dazzling white, up to the place that the silk of the holy garments were covering. And as his eyes were turning from the south door, the Kittahs obeying this commanding look, which was full of serenity and light, hurried in the first breeze to close the heavy bronze doors.

The temple was saved from profanation and pillage - Sinh, however, had not left the throne and on the seventh day, without having made a move, facing the Goddess, eye to eye, he dies - Mysterious and hieratic, carrying to Tsun Kyan-Kse the soul of Mun-Ha, too perfect for this earth...

And when seven days later, the priests consulted before the statue to decide on the succession of Mun-Ha, all the cats of the temple ran up, and all were dressed in gold with white gloves and all had changed to deep sapphire the yellow of their eyes, and in complete silence they surrounded the youngest of the Kittahs so thus the reincarnated ancestors were designated by the will of the Goddess.

The legend also has it that when a priest dies, his soul was transmigrated into the body of a cat and upon the cats' death the priest's soul's transition into heaven had been accomplished. But woe to he who brings about the end of one of these marvelous beasts, even if he does not mean to. He will suffer the most cruel torments until the soul he has upset has been appeased. 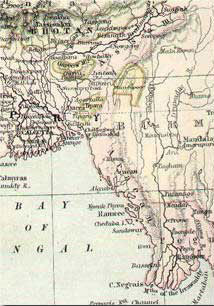